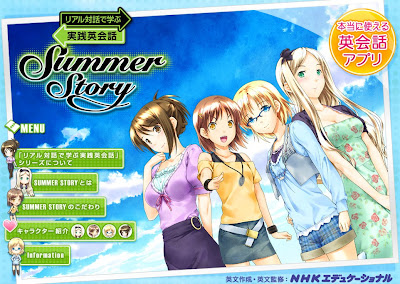 a IPhone/iOS app game/Visual Novel that is Aim for japanese to learn to speak English(or other way around). The real Title of the game was "Real Taiwa de Manabu Jissen Ei-Kaiwa"(Learn Practical English Conversation Through Realistic Dialogue) but it too long so they decide it Summer Story. In the game, the player interacts entirely in English with three female college students who are studying abroad in Japan. The three students are... 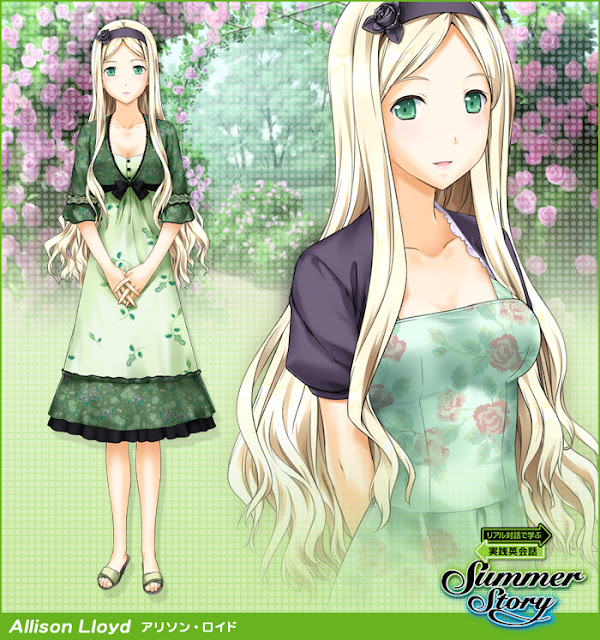 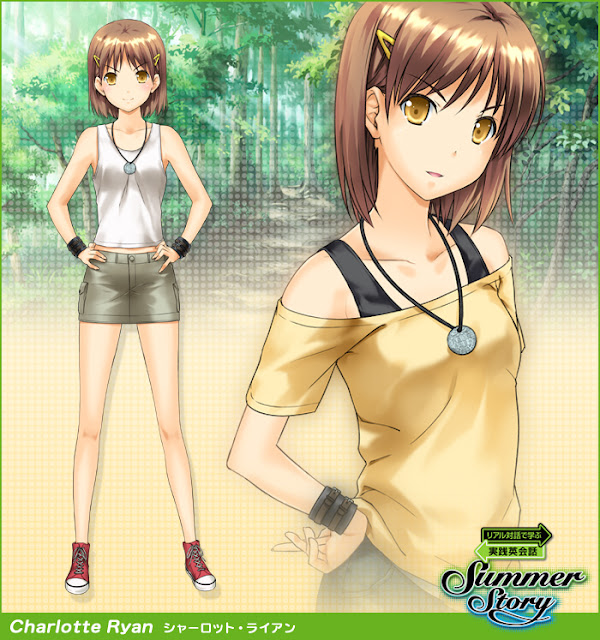 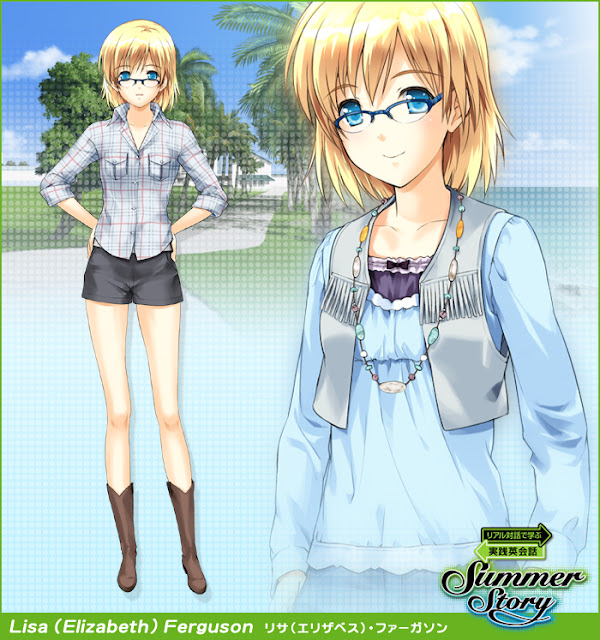 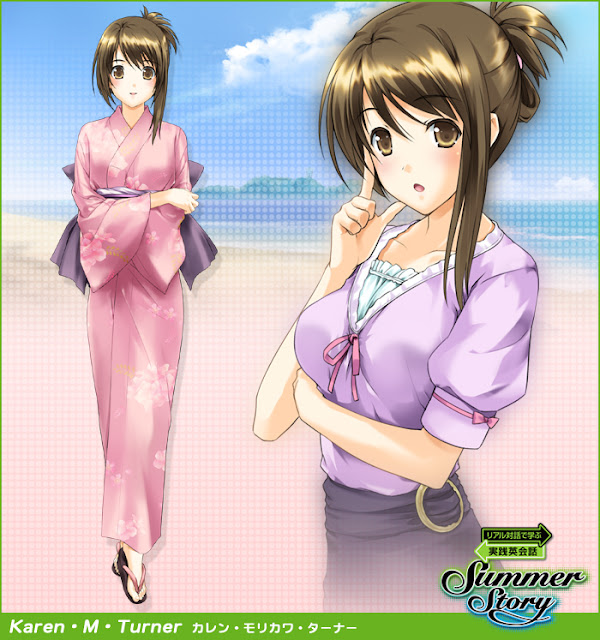 Karen M. Turner 26-year-old college English teacher from Yokohama.
The gaming System are like usually Visual Novel to pick one character till the end of her story, however they two choices, to just listen their English word or listen and speak back in English in order to process the story. 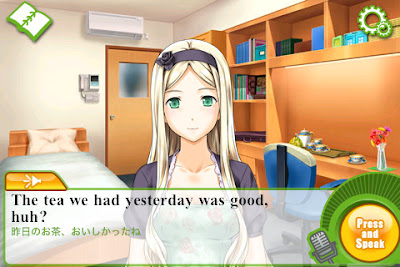 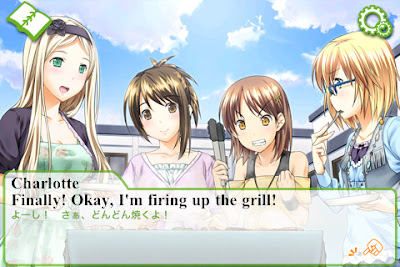 Well as far i can say this game might be the best way to learn both Japanese and English. The game came be bought at Japanese iTunes Store offers the app for 800 yen (about US$10), while the American store offers it for US$6.99.
Here the Sample of the game:
Posted by Chev Caluya at 1:00 AM